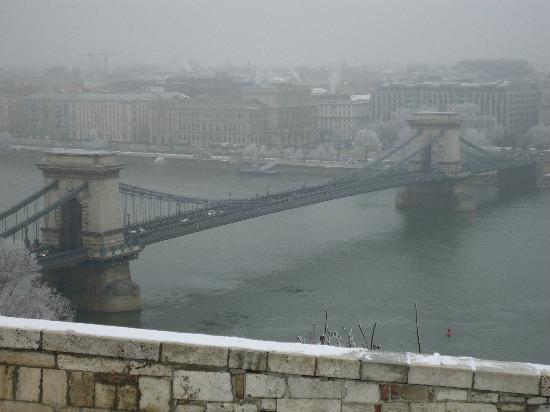 There is a bridge in Budapest, Hungary called the Ponte Leoni. There is another in Monza, Italy and there are likely a few others but let’s focus on the one in Hungary for a moment.

Xenophon Anthony travelled to Europe and back in the 1950’s, at least twice. He met his future wife there on one visit.

Perhaps he also met and befriended Kane there? Although I’ve not seen evidence that Kane was in Europe there are now two connections. One, the cipher solution contains a sort of signature, shown below, and the

letter I could not solve may be an ‘L’. It may be a misspelling of Leoni. Two, if it is Kane’s cipher and he’s giving fon a title, that title may be: a rather ridiculous artistic fellow I once met in Budapest near the Ponte Leoni bridge, while visiting the place of my father’s birth. From Galaxie500’s WordPress Kane page here is a death notice for Kane’s brother. Note father’s birthplace:

Another possible meaning for pont_eoni I found in Webster’s New Explorer College Dictionary 2007:

Postilion or postillion n: a person who rides as a guide on the left hand horse of a pair drawing a coach [Middle French ‘postillon’ “mail carrier using post-horses,” from Italian ‘postiglione’ from ‘posta’ post]

Since the 340 cipher was sent just after the Stine murder it’s possibly a reference to the role played by Xenophon as a rider in the cab in the left rear seat, Kane, or other Zodiac perpetrator, beside him to his right from where the shot was most likely fired.

The perp may have exited the cab furtively with bloody clothes- walking quickly away- leaving Xenophon Anthony to drive up the street a bit, clean up the cab and cut a piece of Stine’s shirt to be sent later as proof. Though as others have noted it’s more likely that the shooter himself cut the shirt and split with the bloody rag, as he was the one who had to use stealth.

The two may have planned to meet on Jackson Street, a block away from the scene, possibly at a getaway vehicle to drive them the short distance to fon’s Jackson address a few blocks to the East, but Xenophon was too slow. He was slow enough to be spotted by witnesses, and to be ID’d even, by the as yet still unnamed 8 year old. (Thanks to Alex Lewis for this crucial piece of information.)

Kane, or (?), looking for Xenophon on Jackson Street is surprised by the police, who arrive much more quickly than he’d expected. He gets away into the park, but not meeting fon in time may have angered him all the same. So instead of giving his own name in the cipher solution, he gives Anthony’s, but still in somewhat veiled form.