Evans’ YouTube video is excellent and well worth the time. Quite a buzz with zodiac researchers at present, with good reason. Unfortunately it’s one of those which is influenced by Horan, well known Zodiac denier. Evan focuses on the Lake Herman Road Murders, near Benicia CA, the first of the Lover’s Lane killings, of December 20th, 1968. Promises to examine the other cases in future videos. 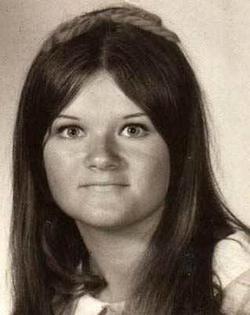 It led me back to the long 2007 doc to check something. Detective Pierre Bidou of Vallejo imho gives one of the most moving and intelligent interviews in Zodiac case history. He was there at LHR of course. And in direct contradiction to what Evan states, Bidou emphasizes the Lover’s Lane use of the Road and the turn-out. “All the kids knew…” he states.

The analysis of handwriting in Evan’s video is superb, and absolutely convincing, as he notes the insertions, gaps, upside down letters. However there’s nothing much to connect it to Snook as he does. Except a similar handwriting and a single letter correction. In general, though, I’m not convinced a war hero and a man with such a brilliant career in Law Enforcement as Napa CA Detective Hal Snook would feel the need to stoop to faking evidence.

Then, continuing to look at the treatment of LHR in the beginning of the long 07 video, I noted 2 details I’d passed over before. Tying their significance together has provided me a new scenario for the murders of David and Betty Lou. One is the ‘ring’ still clutched in David’s fingers. The other is the pattern of gunshots which can be seen in Betty Lou’s back.

What I now think happened shows an incredible level of deception only a psychotic killer would be interested in putting out there.

David and Betty Lou were standing outside their car. David was presenting his ring to Betty Lou, which would have meant, if she’d accepted, they’d be ‘going steady’.

Zodiac was not parked in the turn out. His vehicle was parked a little away down the road and hidden behind trees where it could not be seen from the road, (surprisingly busy that evening), because he needed the element of surprise- in order to handle 2 victims. This recalls the approach to the victims at Lake Berryessa we’d see later on. As in that daylight attack, he’d been watching the couple from a spot where initially he could not be seen.

As the ring ceremony commences cowardly Zodiac sneaks up on them from behind- coming around their vehicle from its driver’s side on foot. The expression of love might have been the very thing that triggered Zodiac.

David is killed at close range, never letting go of the ring, even as he falls. Betty Lou was shot immediately afterwards, standing frozen in astonishment as her date falls dead at her feet- and is felled, shot in the back- near David. Zodiac, with flashlight or not, (very risky with cars passing by) finishes her off with 3 or 4 more shots while she’s on the ground, immobile, from a few feet away, leaving the shell casings. Check out the pattern of shots in Betty Lou’s back to see if you agree. (Please Google it- I can’t find the original photo).

Deception here, and more deception when finally he shoots into the car to make it look like possibly there’s a 2nd perp, or that he’s fired 2 initial daring warning shots from a car. And there were 2 shell casings for shots which missed whatever or whoever was being fired upon.

Later he writes in the letter the bs about the flashlight gun, which I’ve never found convincing. He’s trying to make himself look like a scary good marksman with a diabolical strategy. The shell casings were all near each other, near David. Zodiac doesn’t have the time to mess with these.

Betty Lou’s body is MOVED. She is carefully placed exactly East-West. It takes only a moment for Zodiac to carry the lightweight body of the unfortunate girl and place her, with her head facing the ‘wrong’ direction in relation to David’s car, 25+ feet away. Making it seem she ran, was felled by an expert marksman, turned to look back before collapsing, and died there, not near David.

A cinematically staged serial killer signature move: a move which ‘displays’ the body, and for his own unfathomable reasons ties the victim to a zodiacal/astrological chart. Perhaps he is beginning to explore his identity as a serial killer. East/West…Ascendant/Descendant in a horoscope.

From Ptolemy, an ancient classical astrologer, one whom our Anatolian Greek suspect, Joey Paradise, might likely have been aware of:

All the action most likely took place in the dark. It took stealth and timing not to be seen.

It was a most cowardly act, designed to destroy the happiness of an innocent teen couple.

Witnesses had such varied and confused statements, especially James Owen, who changed his story, this way and that…it’s not really a certainty that the Zodiac’s car was actually seen at all in the vicinity of the victim’s Rambler, at least not near the time of the murders. (ZodiacCiphers.com)

He’s lying, confusing and deceiving, and trying to terrify in the letter which follows. Evil, psychotic: a portent of things to come. Not something Snook would do. Sorry, Evan, the Zodiac is real.

Thanks to ZodiacCiphers.com. There you’ll find an excellent series of posts on Lake Herman.

1 thought on “Evan from Texas & LHR: a YouTube review”