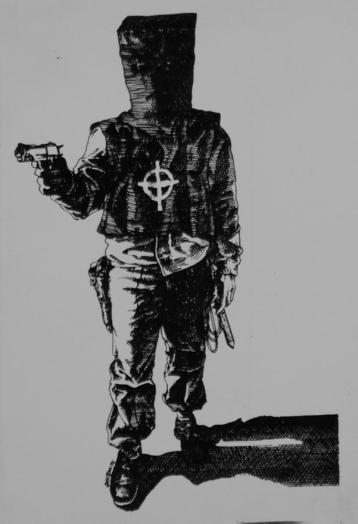 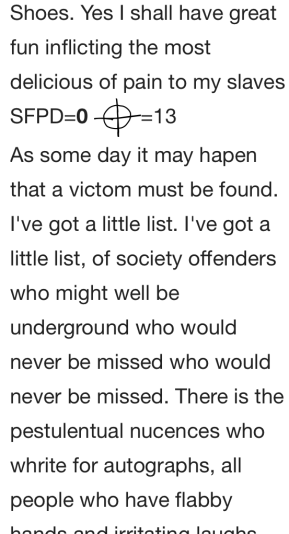 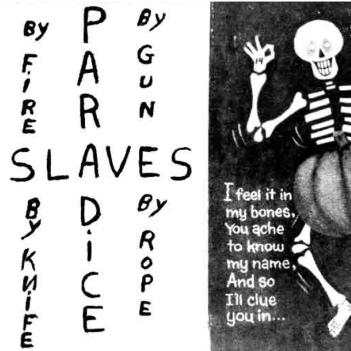 Genovese and his allies used the Scalise hit, along with Anastasia’s attempt to muscle into the Havana casino operations of Meyer Lansky and his partner, Florida boss Santo Trafficante, Jr. as examples of Anastasia’s madness and reasons to kill him. On October 25, 1957, in the barber shop of Manhattan’s Park Sheraton Hotel, Anastasia was shot and killed by two masked gunmen sent by Genovese, Gambino and Profaci, who was also an Anastasia rival in Brooklyn. Genovese was now head of the Genovese crime family and a Commission member, making him the most powerful boss in La Cosa Nostra.

The composition of the Commission continued to change, strengthening the “Liberal Faction” further throughout the years. In 1957, Chicago mafioso, Sam Giancana was elected to replace former Chicago Outfit boss and Commission member, Anthony Accardo, giving the new “Liberal Faction” another ally.”

And there we have the link between Genovese and Giancana. Anastasia is killed, two weeks later Genovese controls the entire syndicate, and one of his first acts is to promote Giancana to head the Chicago branch.

The man behind the curtain in all this…as we’ll later see, is J. Edgar Hoover, FBI Director. 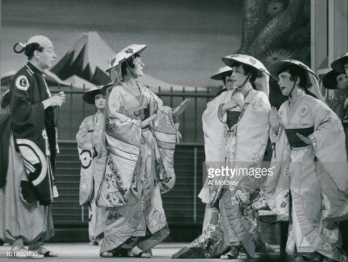 Kane and Lansky were connected earlier and this will become important as we’ll soon see. Kane was bodyguard for Meyer Lansky’s ‘talent’, Darlene Darcel.

Anastasia tries to cut in on Lansky’s Cuban rackets. Other crime bosses don’t approve, especially Genovese. Anastasia is becoming too powerful and too threatening at the same time (having murdered hundreds as co-head of Murder Inc). It is suspected Genovese orders his hit, as he then becomes boss of bosses.

Was Kane one of the two never id’d masked gunmen in 1957? Kane was set up in New Orleans at the time, which fits, because the mob liked using out-of-towners for hits as they were hard to trace. Certainly it would have provided a strong motive for Genovese to want to protect Kane after his 1962 accident and brain injury. If Law Enforcement were to capture and question either of the two assassins, it might bring down the head of the entire syndicate. But then Kane must still have been a loyal soldier and quite useful, otherwise they would have bumped him off. Genovese might have felt he couldn’t order him hit- that it’d send the wrong message to his army of thugs. If Kane was the killer of the unfortunate Cheri Jo Bates, in Riverside 1966, right on Sinatra’s doorstep among others, a more elaborate cover needed to be provided. Lots of ‘ifs’ I know, bear with me.

Las Vegas had become the nexus for syndicate profits beginning with the opening of ‘Bugsy’ Siegel’s hugely successful Flamingo Casino in 1946. The focus had shifted to drugs (now their top business, particularly heroin in the 60’s), prostitution, and of course gambling/money laundering, from other previously more important rackets (ie. bootlegging).

Early 60’s Kane is now working in California, so his focus has likely changed as well- it would have been protecting the drug routes up from Mexico through California and Arizona, opened up in the early 40’s by Siegel. And using those talents with the ladies Kane had shown with actresses and singers in the 40’s and 50’s, instructed by higher-ups to find promising girls for prostitution, he may have been trying to lure beautiful young Cheri Jo Bates to Vegas with the glittering temptations of a showgirl lifestyle. He may have lost patience with the devout Catholic when she turned down his offers, brutally killing her- no longer able to control his impulses.

Note that Meyer Lansky, Bugsy Siegel and the somewhat younger Larry Klein/Kane were all Eastern European Jews from Brooklyn: the strong ethnic ties may have been the secret behind their bond.

CFO of the syndicate and the man at the top in Vegas (and one of the most powerful men in the country at his height): brilliant money man Meyer Lansky- may have provided the juice and the spark of genius needed to come up with the fake serial killer idea- ‘Zodiac’- as cover.

He knew both Sinatra and Giancana wanted back into the lucrative casino business after their Lake Tahoe Cal-Neva resort failure. We may never know who made the decision to choose Joe Karadanis to be the hoaxer behind ‘Zodiac’. Ironically the Reno gambling scene which had earlier been so strong faded with the explosive competition from Vegas.

None of the Reno/Tahoe collaborators would ever see the wild Vegas-like success they had longed for.

[A great reference for my syndicate exploration above was ‘The Money and the Power’: The Making of Las Vegas and Its Hold on America, 1947-2000, by Sally Denton and Roger Morris, Knopf 2001.]

It almost seems Joe K had an ego so big he couldn’t help dropping hints in the Z letters, and the murders, that this was a mob deal- and one would think- a very dangerous game to play with the syndicate. Or was it? It could be said that the phrases ‘Lord High Executioner’ and ‘a knife or a gun’ were very pointedly directed at Federal Law Enforcement.

We’ve already seen how any reference to the Lord High Executioner would have been a tip off to a broad swath of Law Enforcement., and to one man in particular. J Edgar Hoover was gay and a cross-dresser, and Meyer Lansky had the goods on him (likely photos). At the time it would have brought him down. Hoover also had his own money invested in boomtown Las Vegas. He never went after Lansky and left the mob alone- even denying there was such a ‘thing’ as organized crime: as a mafia or a syndicate. He was both compromised and complicit. A reference to Albert Anastasia would have tipped him off and so he’d have directed his FBI to steer clear.

The 340 Cryptogram was likely solved very quickly 50 years ago by FBI cryptographers and brought before Hoover. I can say this because I cracked it…and I know much smarter FBI code breakers would have worked it. The phrase “a knife or a gun’ would be another message to Hoover to lay off. So he would have shelved the solution, and again, limited FBI involvement. Terror in the Bay Area was just collateral damage, another shocker in a period of unrelenting shocks: from assassinations, the Vietnam War, Manson, Black Panthers, SLA, Weather Underground and so on.

“The board of directors talked it over and took a vote to decide whether the prospective victim should be stabbed, shot, strangled or bludgeoned to death. They then appointed an expert in the particular line selected.”

-The Murder Inc. system as described by a spokesman for District Attorney William O’Dwyer, April 15th, 1940.

All that remains is to figure out who the actual killers were. I now believe Kane was the shooter at Lake Herman Road and Blue Rock Springs. These killing were done in order to clear a syndicate drug route through the area. The lover’s lane couples were simply in the way. I believe Joe Karadanis himself was the perp at Lake Berryessa…because it’s his handwriting on the Carmen Ghia door. He may have been assisted by Xenophon Anthony who was possibly covering for the FBI. The Stine murder in San Francisco was either Karadanis or Kane, but more likely Karadanis, as fellow Greek American Xenophon Anthony was involved, witnessed at the scene.

I invite researchers to go the whole nine yards, but I must warn them that some secrets may never be uncovered…. 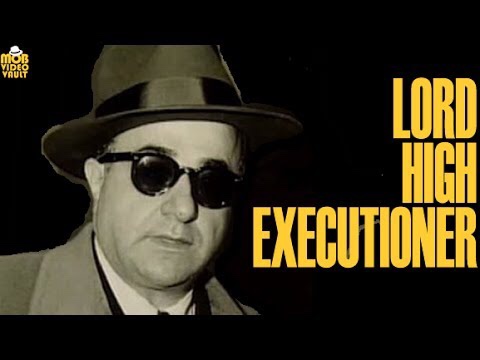